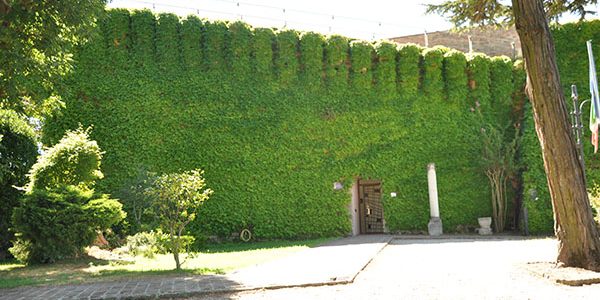 The summer courses of high refinement, flower in the eyelet of Italian excellence since 1992, are closely linked to the Entroterre Festival, the artistic heart of Emilia Romagna, a reality that brings together the beauty of the territory, the historical recovery, the musical tradition and the dissemination of culture for people. Held by some of the best professionals internationally, they project Bertinoro and the whole region under the spotlight of the most qualified cultural events and followed at the media and tourism level. The team of high-level courses is trained professionals whose primary purpose is to better train those who will be the musicians of the future, accompanying them in a path that can put them in contact with the experiences and techniques of great musicians of the highest level. international. Thanks to the fundamental and valuable contribution of the Dante Alighieri School of Music of Bertinoro and the University Center (CEUB), students will have the opportunity to play, study and live in a place of undisputed beauty and historical importance, a comfortable and safe place made even from the widespread and tireless work of managers and organizational collaborators. A distinctive feature of the philosophy of our courses is the proximity and sharing, within the University Center there is a theater and students have free access to the use of all the spaces and activities of the Entroterre Festival in a free way, from concerts to all events planned in the busy program schedule. Also inside the CEUB is the cafeteria where masters and students share meals prepared by specialized personnel with particular attention to the dietary needs of everyone. Every corner of the CEUB is provided with free WI-FI for the students and always inside the spaces there are several halls and spaces to study and play together. The Secretariat, carries out a work of extreme importance and professionalism following all the needs of the students and their families since the first registration. All this makes the courses of high perfection a unique and unforgettable experience, in the unique atmosphere of Bertinoro, a medieval village, Capital of Accoglienza and for its landscape features the terrace of Romagna.

The cello course sees together Giovanni Ricciardi and Luigi Pretolani in a joint research and direction on music, technique and expression that comes from the need to explore all the inherent and fundamental fields such as interpretive and virtuosic difficulties but also the control of emotions, muscular tensions and physical preparation.

A maximum of 12 actual students are expected to receive lessons from both teachers.

The concert activity of the Quartetto Foné, began in 1985 with the statements in various national competitions (Stresa, Palmi, Trapani) and international (“G.B. Viotti” of Vercelli, “D. Shostakovich” in St. Petersburg).

As part of the recording activity, it is worth mentioning the Schubert Quintet performed in collaboration with Franco Rossi and the Sextet “Souvenir de Florence” by Tschaikovskij with Sadao Harada, cellist of the Tokyo Quartet and Harald Schoneweg, member of the Cherubini Quartet.

At the sole discretion of the teachers the best participants can be invited to perform in concerts to be held in the prestigious Entroterre Festival.

This workshop will be held in five sessions of two hours, one for each day, and contains both theoretical and practical aspects of Iranian classical/traditional music.

The theoretical arguments which will take 1-2 sessions include the concept of modal music, intervals and microtones, tetrachords and scales, modes/maqams, the system of dastgah, as well as forms, improvisation and instruments in Iranian music.

• Students regularly enrolled at the Universities of Bologna, Vienna or Trossingen: € 120 / Auditors: € 60

Musical repertoire: I twill be fixed according to the Masterclass teacher

Singers who want to deepen vocal technical and interpretation of opera arias and chamber vocal music are admitted to the course. Special attention will be given to the work on the body of the singer, designed as a whole instrument and integrated to the purpose of the phonation.
The lessons will therefore be a collective at the beginning of the day followed by single lessons that can be attended by all the students enrolled in the course.